Yup, this journal is now friends only. Some of the posts already were, but now most of them are going to be friends only (unless I don't feel like it XP). Does this sound redundant or what?

+ Once you've been added: Please comment here. Its just a meme that will help me get to know you a bit better.
(banner made by 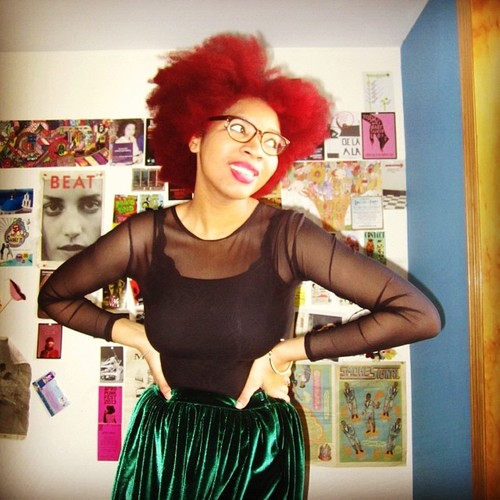 I'M 23 NOW. AND I'VE ALWAYS POSTED MY PICTURE TO LJ ON MY BDAY AND I'M NOT STOPPING NOW SO YEAH. HAY, EVERYONE.

PERFECT WAY TO TOP OFF MY FIRST MONTH IN NYC ♡

IN OTHER NEWS, UM, I MADE A FLOWER CROWN LAST WEEK??? 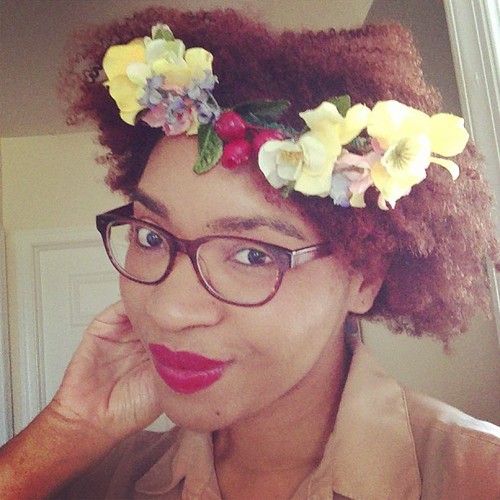 I keep saying this but I really would love to get back into the swing of things, posting wise. I really miss interacting with you all, honestly! I need to just do some picspam about my life over the past year or something, srsly. THE GUILT IS GNAWING AT ME.

But most recently, here's what's up:
- I'm relocating to NYC on Wednesday to see if I can find a writing gig there or something. I'm feeling pretty nervous but we'll see how things go, right? But mostly I feel like I'm gonna barf ^__^
- I got photos taken of my by some style bloggers yesterday at the Melrose flea market. And I bought a really amazing floral blazer from them (READ MORE ABOUT IT HERE):

- Saturday night I discovered that donut shops can run out of fucking donuts:

- I've still been writing fic and all that jazz btw. Still one of my favorite hobbies. Still too emotionally invested in Lily Evans. THE USUAL
- TV I'VE BEEN WATCHING: Game of Thrones (I was peer pressured) and My Mad Fat Diary (which ended its season about a month ago but wow such great television. And I have a lot of THOUGHTS about the lack of coming of age programing in the states compared to shows in the UK but that will be for another post. Really, it will!)
- I want to go to Glastonbury so fucking much but plane tickets to the UK are a fortune rn and I prob won't be able to afford a ticket for Glastonbury anyway BUT ARCTIC MONKEYS ARE HEADLINING AND I AM SO SO MAD D:

Not sure what else is up but I'll make an effort to update more. Really, this wasn't so hard. I mean maybe it was boring but…whatever.

Just getting back from Korean BBQ with friends and OMG ♡

And looked cute doin it ♡

➳ I've decided I want to be Zorro for Halloween. Mostly because I look foine in black and I like eye masks. I was going to be Mabel from Gravity Falls originally but that would be too much work tbh.

What are you lot dressing up as?

➳ I wrote fic! Glitter Disco Hot Mess. Fucked around on photoshop and made a graphic for it that'll link to it.

➳ FINALLY GETTING MY HAIR REDYED RED AGAIN TOMORROW. It's been months and my hair is faded as fuuuuck.

How are you bbs doing?

How are you all?

Nothing is new with me, in all fucking honesty. Need to get a job, mostly. Thinking about all the diff writing projects I want to do, etc.

But how are you lot? I HAVEN'T FORGOTTEN ABOUT MY FLIST ♡